Do you know how much your time is worth?

Do you know how much your time is worth?

If you’re a business owner or an entrepreneur, do you happen to know your hourly rate?

If you’re a business owner and are handling sales, marketing, operations and new business, hopefully there comes a time when you need to start to partner with or hire people to take over some of those departments.

Let’s go with operations as our example because that is the space we’re in as providing remote executive assistant services to our business owner clients.

If they own the company, they can take the net profit divided by 2080 (40 hours per week x 52 weeks per year) which is then their hourly rate.

And let’s say that by partnering with a remote executive assistant they take 40 hours of work off of their plate per month (10 hours per week). If they’re paying their assistant less than $6720 per month, it’s worth it for them to make that investment because they’re getting time back in their lives to focus more on sales and new business -this is where they usually want to spend their time-.

Whether you’re hiring for a remote executive assistant, salesman, office manager, director of new business or marketing director, there are a number of reasons to work through this equation. Here are the main ones:

Removal of a Bottleneck

Be honest with yourself… when you micro-manage and make everyone pause before moving forward because they don’t know if you’re going to let them actually move forward or want something different done, you’re creating a bottleneck or choke point that is going to slow you and your business down.

In some instances, this may be warranted but in most, you can let others make those decisions and move forward without your involvement if you’ve laid out clear expectations and have dealt with similar situations in the past. Will there be times that you may have to ask them to change what they did? Sure. However, there will be more times when things move ahead smoothly without your involvement *cough* interference *cough*. Your dollars per hour just went up.

Now once you look at the number of hours that someone like an assistant, salesman or marketing director can save, you need to look at the kind of hours those actually are. Are they the ones that sit on your to-do list for a couple days, a week or longer for no other reason than you just hate doing those tasks and projects? That extra time they sit there is an opportunity cost that needs to be accounted for as well. Dollars per hour went up again.

And let’s talk about guilt too. Many business owners feel guilty about taking a while to get someone something they need to move forward. It’s just that the priority of that task or project is lower on the list than other more important things but that doesn’t absolve the guilt you feel for taking so long. There is a cost to that guilt feeling as well. Say it with me, “More dollars per hour.”

As you start to shift this work to others that you’re paying to do this work, you’ll find that this system gets better over time, that these people will find efficiencies to do more of this work in the same amount of time and that there will be less mistakes as these folks will become experts at their assigned tasks and project as time progresses. You’ll be paying them the same amount, but more work will be accomplished.

Lastly, there’s brain space. I don’t have some super-secret study to point you to other than personal belief after partnering with business leaders over the past 20 years, but I do believe that the more brain space you can free up by taking things off of your to-do list by either jettisoning them altogether or assigning them to another person, the happier, more creative and more successful you’ll be living your best life. Notice how I didn’t say making the most money but rather living your best life.

When you add all of these things up, and even though it may only be possible to quantify it in number of hours, there is a cost greater than just time to taking everything on yourself. By deleting things that really don’t need to happen or delegating everything you despise doing or doesn’t need your specific attention OFF OF your plate and paying someone to handle that, you’ll be a better businessperson for it.

This all leads up to the most important part of this post so listen up.

The best entrepreneurs, business leaders and successful people understand the difference between value and dollars.

Value being something that carries a stored dollar amount that has the opportunity to grow into the future while dollars is just a ranking system for current worth. If we were to take your dollar per hour rate and put that against the number of hours you’ll save yourself if you delegate to other people those tasks and projects, that is a dollar value today for doing that.

But if you add in the intrinsic value of the other aspects of that delegation (not optimal work for you, removal of bottleneck, better over time, guilt & brain space), those dollars spent on lifting those responsibilities off of your shoulders becomes even more valuable without actually paying more.

Have you ever read the business owner advice that you should hire someone to assist you with your business as soon as you have enough revenue to pay that person? This falls under the belief that the value of the dollars you’re paying that person in the beginning may even be negative due to training and integrating them into your organization, but then that value should quickly increase beyond those dollars and continue to grow as they work for you.

Does any company hire someone to fill a role unless they have more money coming in from that position than they are paying that person for? No… at least not for long.

When you are ready to consider having an ProAssisting Remote Executive Assistant join your team - one who consistently strives to deliver hospitality - we would love to talk. 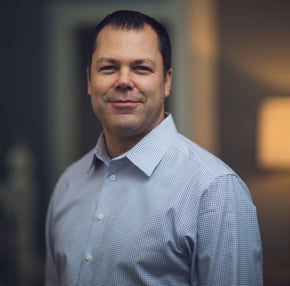 Fully Integrating & Onboarding an Executive Assistant into Your World

There comes a time in every successful executive’s career where they transition from having to do everything for themselves to ...
Start Reading
Ethan Bull 3 min read

In your professional role in a business, organization, company, or working as an entrepreneur or startup company owner, you ...
Start Reading
Ethan Bull 3 min read

Professionals in leadership and management roles in any type of business spend the majority of their time at work doing routine ...
Start Reading